It’s hard to blog about anything when you don’t have time to manage your initial work. So just to leave an update, I’m still working on a new GEM Studio website along with other customer projects. Our new website will bring lots of fresh and innovative ideas to the local corporate web. We aim to receive at least one recognition prize for design, smart use of new web tech. and innovation. I’ll put more updates with video presentations of our new website qualities once we start with finishing touches. 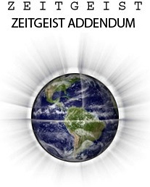 Hi folks, today we started new hosting promotion called Z-Day, it’s for a Zeitgeist movement occasion. We give 20% off any hosting package till 15.3.2009. and we have a special surprise for all our visitors and new clients on that day.

Hi folks, I’ve been very occupied last month by standard webdesign projects for clients. Speaking of clients, I’ve made an update for our backdoor references web page, you can find it here: http://izrada.gemstudio.hr, It’s a replacement for server.gemstudio.hr which is redirected now so you can’t see it. It’s a bit flashy, I have used some JavaScript to make it modern, very simple effect.

Till next time, have fun ;)
Edi

Hi, few days ago I wrote a post that disappeared later :( I’m not going to write it again, it was about crodns.com/beta new updates so go there, check the proxy feature and contact me if there are any errors :)

Is your birthday today, maybe a week ago or within next week? Hi, I’m Edi Budimilic and I’m here to sell hosting :) Long story short, if you had or going to have a birthday within 7 days from today (every day) then you’re rewarded with any hosting package of your choice for the first year! More info can be found on an url below. 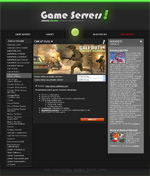 After months of slow development, (we) GEM Studio finally released the refreshed game servers offer on a newly built website dedicated only to game servers. You can find news from gaming industry, administration for game servers and child website klanovi.net for clans. I forgot to mention, this service is provided in cooperation with gameservers.com and only for Croatian and exyu market.

With the new website, we lowered the prices 40% on game slots. Other then that, now we support 43 game titles and ventrilo/teamspeak voice servers which are 50% cheaper when ordering along with the game server.

Today I have finished the web-za-tvrtke.com website, it’s SEO optimized to boost the web design sales in GEM Studio. Simple design, unique and lite content. We submited the site to many web directories, search engines, community services and other systems, it’s a Google bomb :). Can’t wait to see how good we scored for “izrada web stranica” keywords. Google Analytics installed! 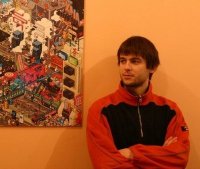